The foundation was established in 2008 from the generous gift of Jimmie L. Dean. 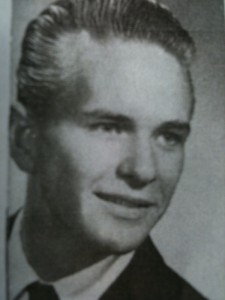 The Jimmie L. Dean Scholarship Foundation, Inc. was established in 2008 from the generous gift of Jimmie L. Dean for one simple reason, to help reduce the “brain drain” from Oklahoma of losing the state’s young adults to other states. Our purpose is to contribute to this by providing educational support for the next generation of productive Oklahomans in moving the state forward. This critical investment in these young citizens is to help them in completing their post high school education and help expedite them to becoming an asset to the Sooner state without being burdened by an anchor of debt hindering their ability to fully contribute to this state’s economy.

Jimmie was a lifelong resident of Washington County, Oklahoma who believed that through hard work, individual responsibility and education, a person can achieve their highest goals and dreams. Jimmie’s life was an example of following those beliefs as he came from a working class family in Bartlesville, Oklahoma. Jimmie was the youngest of 5 children of Marion and Maude Dean. His grandfather, father and older brother were all self employed plumbers. He attended and graduated from Bartlesville High School in 1960 and then went on to serve in the United States Navy as an aircraft mechanic from 1961-1966. After being honorably discharged from the Navy, he began a 33 year career with Phillips Petroleum Company, retiring in 1999. While working at Phillips Jimmie’s work received recognition from his peers and he innovated and developed solutions, even receiving a patent in 1992. During his lifetime Jimmie prudently managed his financial affairs and upon his death in 2008, directed his estate to organize a not-for-profit charitable corporation; and through a testamentary gift, his estate is the original contributor to the Jimmie L. Dean Scholarship Foundation, Inc.

The Foundation exists today to fulfill the virtues and honor the legacy of Jimmie by awarding scholarships to individuals who have grown up in Oklahoma that have and continue to exemplify the same beliefs of hard work, individual responsibility and education for attendance at an Oklahoma accredited College, University or Technical School.

Jimmie in the Navy

Candidates for an award from the Foundation should show achievement in their educational studies, leadership, personal responsibility and character. The awards are targeted to assist those who have worked hard and contributed in providing for their own financial needs while maintaining a solid academic record. Family income does not factor into the decision for an award as the Foundation looks for students who have held a paying job and has shown personal responsibility in their life to prepare themselves for a formal education beyond high school.

Each Scholarship Award granted can be up to $10,000 per academic school year with the actual amount of each award determined by the Foundation. We expect the average award to be less than $10,000 and the actual number of awards will be determined after all applications are received and reviewed.

The awards are meant to supplement financial aid for students to eliminate or minimize the amount of loans and family contributions required to achieve their educational aspirations. Awards are for one academic school year and can be used for academic year’s tuition and academic related fees and a reasonable allowance for room and board, as determined by the Foundation. The final eligibility will take these charges and deduct other awards and scholarships the student has received, with this award filling in the gap. A Scholarship recipient may apply for a renewal each year but can only be awarded an additional scholarship or grant four (4) times for a total of five (5) years of awards up to $50,000 over the five (5) years. 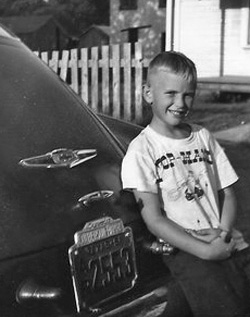 We are looking for students who have exhibited the traits of Jimmie throughout their life. While every application will be carefully considered and evaluated, the candidates that are seeking to major in a technical field of study, have helped provide for their own financial support while growing up in Oklahoma, and have a strong desire to remain in Oklahoma after graduation with their four year degree will be given preference. Students will also have demonstrated academic achievement by obtaining an ACT score of 25 or higher if attending a college or university and a 17 if attending Oklahoma State University Institute of Technology in Okmulgee. Students who are not pursuing a major in a technical field but have a compelling story of how they fit into the qualities of this Foundation may be considered as well.

However, some of the majors we do not accept are the arts, business, criminal justice, journalism. political science, sociology, pre-law, psychology, religious studies, or social sciences,

Robert Boyd has lived in Northeastern Oklahoma his entire life. He is the Founder and President of Boston Street Advisors a financial advisory firm in Tulsa, where he advises Private Equity and Hedge Funds in business development and transaction structuring. He has over thirty years experience in the fields of venture capital, capital formation, international finance, and investment banking. Prior to forming his own firm, he held positions as Chief Financial Officer – Treasurer and Manager of Treasury in the manufacturing sector and senior financial analyst for a major international energy company. He is also the founder of Boston Street Capital, a private equity investment firm.

In addition to being chairman of The Jimmie L. Dean Scholarship Foundation, Mr. Boyd is an active board member for the Oklahoma Health Care Authority and the John Starks Foundation. He previously served as the chairman of the board for Asbury Communities. Mr. Boyd has served on the National Advisory Council of the U. S. Small Business Administration, is a Special Advisor to the President of the Wharton Club of New York and is a member of Wharton Private Equity Partners.

Mr. Boyd holds a Bachelor of Science in Business Administration from Phillips University where he played varsity baseball and a Master of Business Administration from the University of Tulsa, graduating with honors. He graduated from the Advanced Management Program from the Wharton School, University of Pennsylvania and served as a Fellow of the Wharton School. He is a Certified Public Accountant in the state of Oklahoma and holds Series 7, 63, 65 and 79 securities licenses. He lives in the Tulsa area and is married with two children and one grandchild.

Tony Bacher is a lifelong Tulsan and co-founder of several local businesses. He is currently retired and is enjoying volunteer and recreational activities.

In 1989 Mr. Bacher co-founded Mersch-Bacher Associates Inc, (MBA) with another Tulsan, Carol Mersch, and the company became a leader in IBM AS/400 software development. One of the products MBA developed for IBM was subsequently sold to IBM in a multi-million dollar transaction. This product is IBM’s standard backup and recovery offering for all AS/400’s sold by IBM worldwide. A second product is currently marketed by IBM worldwide.

In 1996 Mr. Bacher co-founded the WebZone which focused on providing residential dial-up processing and other services such as web hosting and design, dedicated access and collocation. WebZone was sold to RMI.NET, which was a regional, publicly traded Internet Service Provider in a transactions valued at $5.25 million dollars in July of 1999. MBA was then sold in December 1999 to Pinnacle Business Systems, a privately held company in Edmond Oklahoma.

Mr. Bacher continued with Pinnacle Business Systems until August of 2001 when he left and purchased the assets of WebZone due to RMI.NET’s bankruptcy filing. Since 2001 he has led TulsaConnect in serving small and medium sized businesses operating two state of the art data centers, both in downtown Tulsa.

Mr. Bacher lives in Tulsa and is married with three children. He is an active member of The First Baptist Church of Tulsa, Tulsa Executives Association and the Owasso Children’s Home.

Eddie Miller is a Founder and CEO of Bios Corporation, a company established to serve people with developmental disabilities. In 1991, Eddie, along with Linda Myers and Glenn Salley, founded Bios Corporation and in January of 1992 he formally joined the company as CEO/President. In 2002, Eddie became President/CEO of Bios Companies, Inc., a holding company whose subsidiaries serve several hundred people in Oklahoma/Tennessee and employs over 1,000.

From August of 1989 until January 1992, Eddie worked for the Homeward Bound Review Panel. The Review Panel was founded to assist in carrying out the purposes of the Homeward Bound v. Hissom Consent Decree, a Federal court agreement that established the community-based services system that serves thousands of Oklahomans today.

http://advicarehealth.com/metronidazole.html
He began his professional career in the field of intellectual and developmental disabilities at a sheltered workshop in 1988. In 1989, he became a job coach through the Oklahoma Supported Employment Project providing him the opportunity to help people pursue meaningful lives through meaningful employment.

Mr. Miller is a native of and resides in Sand Springs, Oklahoma where he is a member of Broadway Baptist Church. He graduated Northeastern State University, May of 1989 with a B.A. in psychology. He is married to Kendyll and has 4 children, Jonathan, Zachary, Terrance, and Madison.

Brian Treat joined the board in July 2021. Mr. Treat, along with his wife Jane, owns and operates Chick-fil-A Claremore. The restaurant opened in 2017 and employs nearly 80 people, with a mission to be faithful stewards and to have a positive impact on every one of their team members and guests. The Chick-fil-A Claremore team has raised thousands of dollars to support Claremore area schools, reduce hunger and improve our community, has been recognized with the Symbol of Success and Champions awards and was named Claremore’s Most Friendly Business. Additionally, to help its team members achieve their dreams, Chick-fil-A Claremore has awarded tens of thousands of dollars in scholarships.

Prior to opening the restaurant, Mr. Treat served in a number of executive and legislative roles including as Chief of Staff to United States Senator Tom A. Coburn, M.D., managing a staff of approximately forty located in three offices in Oklahoma and Washington, DC and an annual budget of more than $3 million. He also also co-founded and served as Executive Direcor of a non-profit foundation focused on educating and inspiring younger Americans.

Mr. Treat is a native Oklahoman, born in Tulsa and raised in Rogers County. He is a graduate of the University of Oklahoma, where he earned an undergraduate degree in political science and Master of Public Administration (MPA). He and his wife, Jane, and their three daughters reside in the Claremore area and are active in several faith and community focused organizations.

Mr. Wing is Executive Vice President/CFO of PetroSkills, the World’s Leading Petroleum Training Alliance. Mr. Wing is a native Oklahoman who attended the United States Air Force Academy before being granted a medical discharge after being in a training accident. After completing his degree at Oklahoma State University Mr. Wing began his professional career as an auditor with Peat, Marwick, Mitchell & Company before transferring to the tax department at Deloitte Haskins & Sells. While at Deloitte, Mr. Wing met Alan Roberts who was the co-founder and owner of Oil & Gas Consultants International, Inc. (OGCI) the predecessor to PetroSkills.

Mr. Wing joined OGCI in 1982 as the corporate Controller where he has spent the past 28 years working in various financial and leadership roles of the company. In 2001, he was in the leadership team that transitioned OGCI into PetroSkills which is today one of the largest commercial petroleum training organizations in the world. PetroSkills delivers over 1,000 weeks of training annually to over 13,000 people from its offices throughout the world.

We want to thank an original board member, Frank McDonald, for his service to the Foundation. Mr. McDonald served from 2009-2014.

The process is simple and easy.

The Foundation exists today to fulfill the virtues and honor the legacy of Jimmie by awarding scholarships.